Coinbase has submitted a patent application for a new Bitcoin payments system with enhanced security protocols. This patent filing is the latest in a series of applications submitted by the company as they continue to be prolific in the area of protocol development for the emerging cryptocurrency ecosystem.

Details of the Bitcoin Payments System

According to a filing with the United States Patent and Trademark Office (USPTO) published on Tuesday (August 14, 2018), Coinbase described a system that could function as a payment portal. This payment portal would be capable of carrying out transactions right from the cryptocurrency wallet of the user.

A portion of patent filing reads:

It may be a security concern for users that the private keys of their Bitcoin addresses may be stolen from their wallets. Existing systems do not provide a solution for maintaining security over private keys while still allowing the users to checkout on a merchant page and making payments using their wallets. 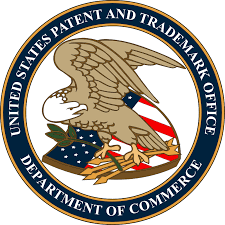 How the System Works

Another important component of the system is the introduction of freeze/unfreeze capability. The freeze logic is utilized when the user reports that they have been hacked. Explaining the process, the patent application said:

In addition to the security protocols, the proposed Bitcoin payments system also has API integration capabilities to enable websites to run versions of the payment portal. As an extra layer of security, the API paradigm utilizes a pair of keys – one stored on the server of the website and other stored with Coinbase. For any transaction to be approved, the two keys must match.

What do you think about the freeze/unfreeze functionality of the proposed Bitcoin payment system? Keep the conversation going in the comment section below.